To keep my introduction short and sweet, there are many jobs available for a Managing Successful Programmes (MSP) candidate.   A multitude of job titles exist that ask for this certification and I have tried to capture some of them in the tables I have created for this post.  In terms of salary, as is shown in the graph below, MSP is a certification that is well worth pursuing.  So, without further ado, let’s have a look at what is on offer…

The salary distribution of IT jobs citing Programme Manager over the 6 months to 11 November 2019. 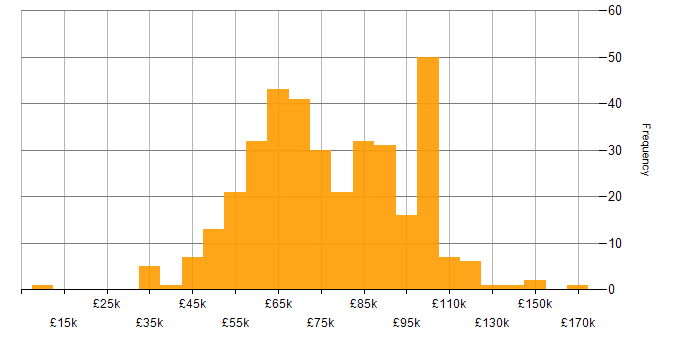 The median annual salary for a Programme Manager was £75,000 in advertised job vacancies during the 6 months to 11 November 2019.

For any reader familiar with my ‘what jobs can I get …’ posts, you will notice that whilst I have gathered my information from Indeed, Reed, ItJobswatch and Technojobs as I usually do, I have not included how many MSP positions are available on each board.  This is because many of the positions I looked at that were included in this number were more administrative roles that merely asked for a sound working knowledge of packages such as Microsoft Excel, Microsoft Office, Microsoft Visio, Microsoft Project and Microsoft Outlook.  This made it difficult to reflect exactly how many MSP positions were available.  Don’t be put off, however, as there are many jobs out there for an MSP candidate.

As usual, I have used the lowest to the highest salaries that I found during my research and I have only included vacancies that specifically asked for MSP.  However, there were many jobs that I saw (but have not included in this post) where MSP was desirable, so you would be able to apply for those too if you wanted.  I have created the little table below just to give a taste of what sort of salaries are attached to a Programme Manager Position. 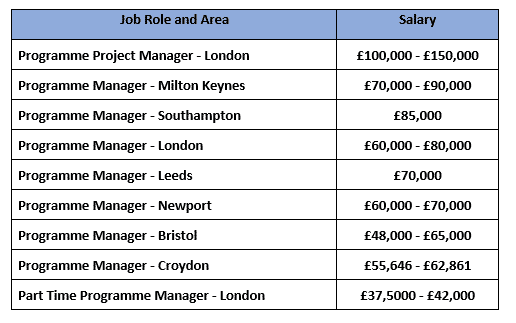 Other Job Titles asking for MSP

As I said earlier, there are numerous job vacancies asking for MSP, so I have included a handful in the tables below just to give a flavour of some of the titles available.  However, it was difficult to find jobs of similar titles in all areas, so I have split the tables into two (one for London and one for outside of London) to reflect this.

Job Titles asking for MSP in the London area

Job Titles asking for MSP outside of London 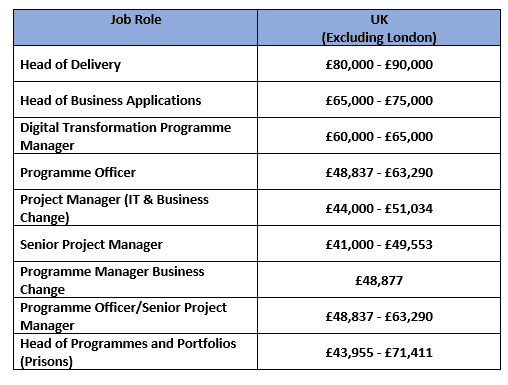 Contractor salaries are calculated daily and are somewhat higher, on average, than the more permanent positions.  If you wish to apply for a contractor position but want to know how it pays annually, then assuming you are going to take 20 days holiday per year, 8 Bank Holidays and not work weekends, your annual number of working days will be 233.  If you then multiply this number by the daily contractual rate, you will have your annual salary.  Whilst the figures in the table below are exciting, it must be remembered that you will probably have times when you are in between contracts and as well as that, contracts can end prematurely. 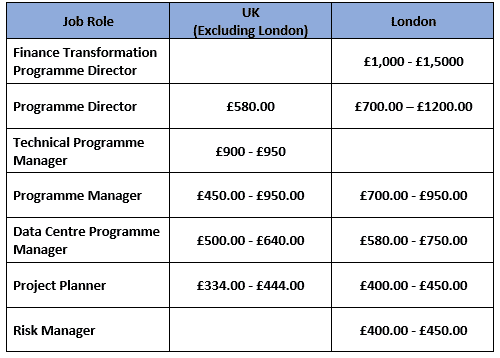 Other Qualifications asked for

I have only listed vacancies specifically asking for an MSP certification, but many of the higher paying vacancies ask for other qualifications such as PRINCE2®, AgilePM, Scrum Master, to name but a few.  There were also some that I looked at that asked for candidates to be educated to degree level and if you are considering the digital industry then certifications such as CISSP, CISM, SQL and ITIL are valuable.  Aside from these additional certifications, the higher the salary advertised, the more experience was asked for.

Most of the positions that I looked at, aside from offering a great salary, also offered additional benefits such as health insurance, life insurance, gym membership and annual bonuses.  Most offered mileage and some offered a company car.  So, all in all, it is as I said at the beginning of this post well worth pursuing an MSP certification. 09 April 2020 | Produced by NILC   At this very unusual and difficult time, we at NILC decided to make a light-hearted attempt to discuss Agile Project Management from the Easter Bunny perspective.  Firstly, I will outline what a project manager’s role is and the...